The Don’ts and Do’s of ToDo Lists! 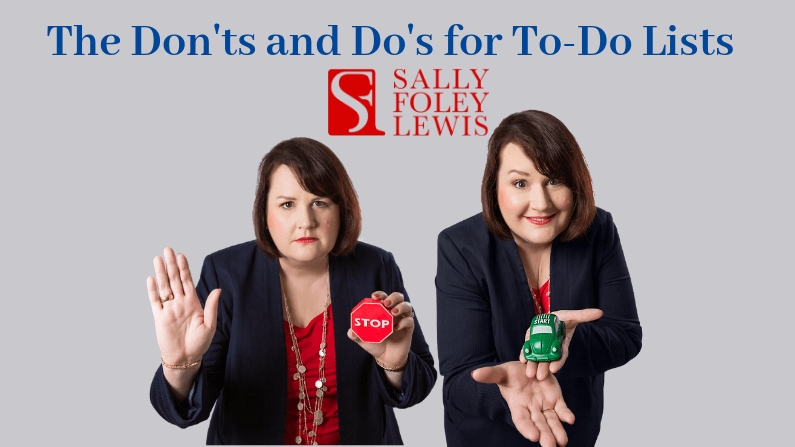 When you look at your ToDo List do you feel overwhelmed?

Overwhelm is a precursor to procrastination.

In a productivity workshop, Ben showed me his current ToDo List and the stress of it was written all over his face. With a few strategies put into place Ben’s list, the one he worked from daily, became more useful, relevant and helped me get the work done.

Julie, in the same workshop, had the opposite affect, her ToDo List was underwhelming. She admitted to writing a list because she thought she had to, that it was the done thing. Julie’s job had a lot of routine work that she really didn’t need a list for, but together we came up with two strategies:

Here a quick video of some Don’ts and Dos of ToDo Lists:

✘ Don’t set and forget: within your boundaries be flexible and okay to cut, add, change as your day’s priorities shift

✓ Based on that last don’t – be sure to only add what you must do today, all else can be held over to tomorrow

✓ Do prioritise the items so the most important get done

✓  Do give yourself credit, enjoy the achievement when you cross off those items!

This template ToDo List-compressed will give you some guidance to keep your ToDo List helpful.

Let me know what you think.