How does your self-talk help your self-leadership? 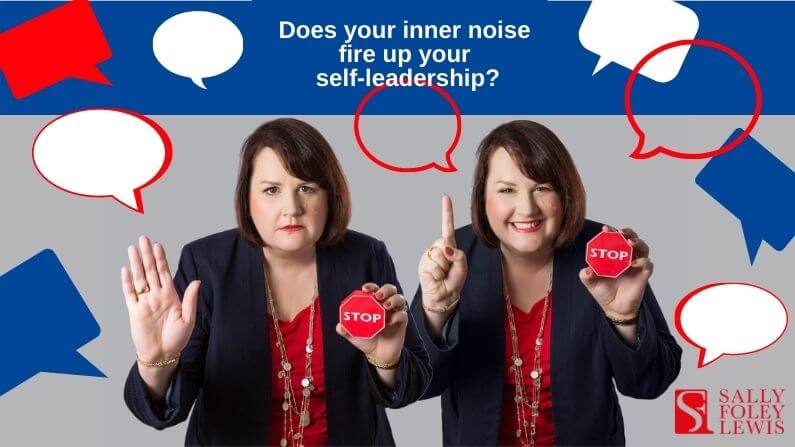 When you’re in a meeting – face to face or online – do you notice the chatter in your head? Do you start to form a response to what’s being said? Does your mind drift onto other priorities, or do you lose focus through boredom?

That inner noise might feel like it’s keeping you sane / calm at times, but it’s important to check that it’s serving you in the right way, at the right time.

In the context of self-leadership, listening is the window to learning more about ourselves whether it’s through, for example, feedback, exploring different perspectives, securing opportunities.

Listening is a critical element of interpersonal communication skills.

Self-leaders make the most of the power of listening: what’s being said, what’s not being said, who’s doing the talking and who’s not. Being more attentive to avoid a costly mistake. 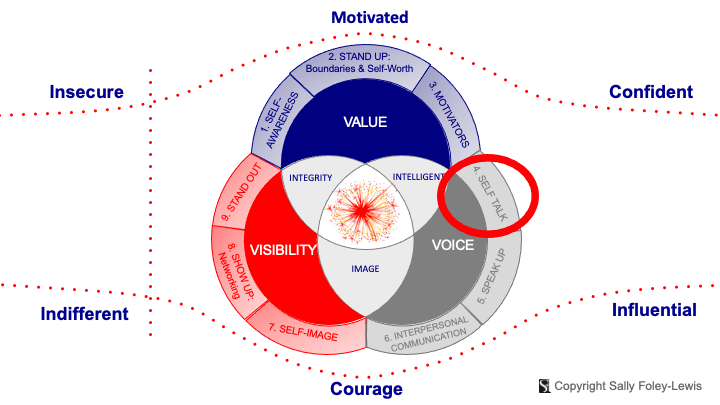 Self-leadership theory is described as leading oneself or the process of influencing oneself (Manz, 1983, 1986). The link is clear, self-talk and mental imagery influence how we think and behave.

Limiting beliefs are the assumptions or perceptions we have about ourselves, our interactions with people or the world.

Limiting beliefs are part of our self-talk.

Family, education, and experiences can influence your self-beliefs and self-talk.

Self-leaders will work to identify and overcome limiting self-beliefs. Exploring where that self-belief came from, what stories come to mind that link to that self-belief will help you get clarity on what the belief actually is. Recalling events or moments when the belief has popped up helps to sharpen that clarity.

Self-leaders will then reframe the belief in a way that eliminates the negatives of the original limiting self-belief but also aims to preserve the helpful / positive elements.

There are hundreds of quotes about positive self-talk but this one made me smirk..

Tell the negative committee that meets inside your head to sit down and shut up!

Of course, it takes a bit more work but it’s a good start.

Does your inner noise fire up your self-leadership?