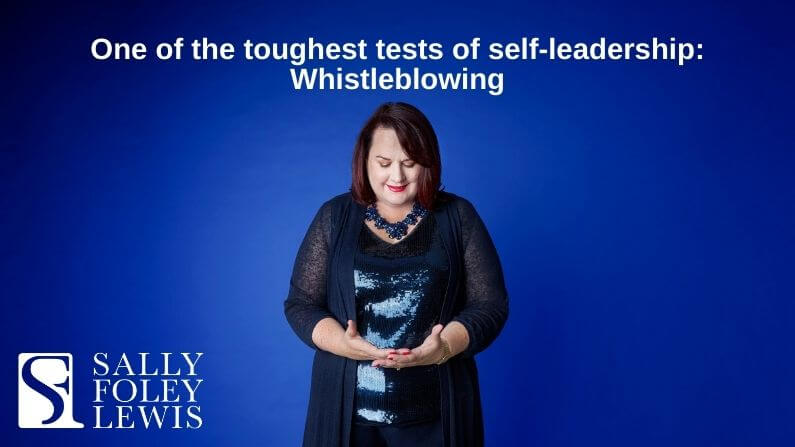 I love crime shows, if you’re of a similar vintage to me you may know of the show that ran for 26 series, The Bill. I refused to answer a ringing phone on Tuesday and Saturday nights for years … I was too busy savouring every morsel of The Bill.

Recently I’ve been listening to the Casefile podcast. Some episodes are pretty gruesome but I focus on and enjoy hearing how the crimes are finally solved.

The combination of the determination of the victim’s family, the police and their investigations, and the science, all to finally ‘get their guy (or gal)’, provides lessons in thinking, problem-solving, perseverance, and self-leadership.

Why self-leadership? Because values such as justice, ethics, obeying the law, being helpful, trigger motivation and  behaviours, even confidence, to solve the crime. Other signs of self-leadership include deciding to, for example: 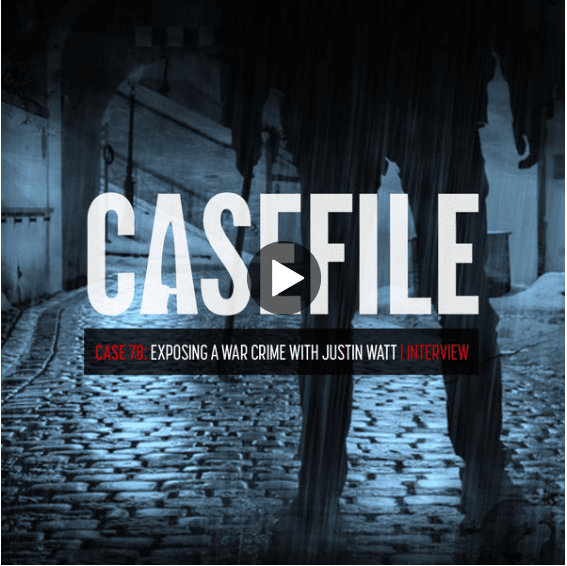 These points really came to thr fore while istening to a follow up episode of Casefile 78. Casefile 78 focuses on The Janabi Family. Trigger warning: It’s nothing short of a horrifc crime of rape and murder. You can read about it or listen to the episode here.

The episode that fired up my link to self-leadership was the follow up interview with Justin Watt, the soldier who reported the crime.

Justin Watt was told of the crime and made the decision to report it. He reported soldiers from his own platoon, an act that lead to a very real risk to his own life.

(If you feel strong enough to listen to the follow up episode, just the interview with Justin, then listen to it through the filter of what self-leadership elements he drew from to go through the whistleblowing process.)

Calling someone else out for some behaviour, at it’s most basic might be a well-intended helpful awareness raising, “I’m not sure if you’re aware that when x happened, y happened.”

Feedback and performance conversations are also, one could argue, a way of calling out behaviour. With structure, these conversations can be handled with confidence. If you want more information on this, check out this book.

To whistleblow, that takes courage, self-belief backed by a strong alignment with your values, confidence to speak up, and keep speaking up, to show up and keep showing up until the matter is resolved. All this, often in the face of adversity, criticism, gossip, ghosting, gaslighting, loneliness, having your own sense of value and belief challenged….

Justin is a hero but he wasn’t hunting for that glory nor was it simply handed to him once he first reported the crime. There were layers and complexities and he was even sent back into the field to work with those, some suspects in the crime, who would plan to kill him.

The outcome of Justin’s whistleblowing is that he’s been asked to speak on ethics, his story has been shared across multiple media platforms. His is a story of doing good in spite of how hard or dangerous it is because it was the right thing to do.

This, in my estimation, makes him a man of integrity. Because he stood up and spoke up, his intelligence (intellectual and emotional) have served him through the process. He’s someone to look up to as a positive role model (image). 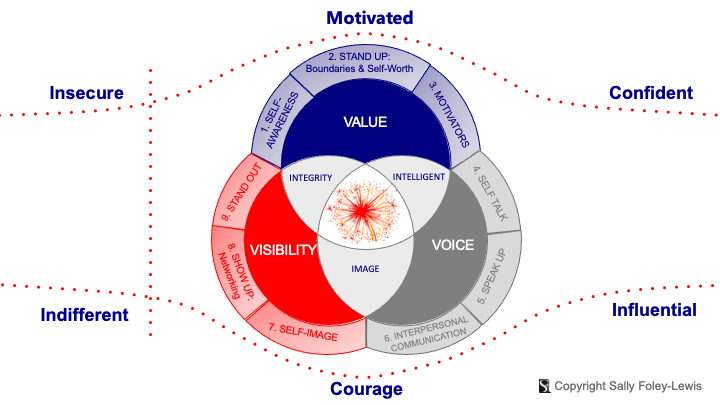 You’d never wish such a harrowing situation on anyone but you know that it’s in those challenging situations is where we are stretched. We are presented with choices to make that will not neceassriely leave us feeling comfortable about ourselves, a process or others, at least short term. Going through something like this will give you an opportunity to grow: to strengthen your courage, confidence and influence.

However, let’s be on the lookout for less traumatic opportunities to fire up our courage, confidence and influence through self-leadership.

What would you work on first?