Stop Chasing Your Tail To Boost Your Productivity 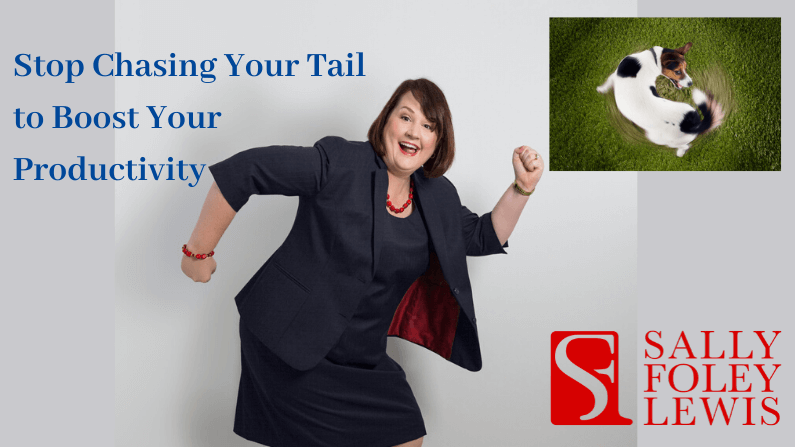 “I thought having an open-door policy would be a good thing for the team. I’m happy to help but some days I feel like I’m their parent rather than their manager. I spend most of my day repeating myself”

Have you ever caught yourself thinking or saying something like that? Ben shared this with me and continued with, “If I’ve told them once, I’ve told them a hundred times how to do it…”

He was particularly frustrated with one team member who should really know what they need to do, they’ve been in the role and the same facility for over two years, “He keeps coming to me with the same problem and I’ve told them what him what he should do to fix it.”

What Ben and I agree to do was to stop chasing his tail by stopping all the thinking for the team, especially the one employee who should know better. Ben was going to be unavailable for twenty minutes each day so that he could get some planning, thinking or work done. Additionally, instead of chasing his own tail answering the same questions over and over he would step back from solving the problem for them and invite them to problem solve, get them more engaged in the solution finding part of any issues.

Stop telling them ‘your way’ and ‘this is what you should do‘ … ask them.

Turn the conversation around.

In interpersonal communication, we all have the capacity to delete, distort or generalise the messages we receive. Unless we work hard to be fully present and listening actively, we

It’s because of this that you might consider a range of communication strategies that help you be more productive and help your employees be more productive: they problem-solve and increase they engagement in their own work, and you get on with your work.