Questions Save You Time and Energy 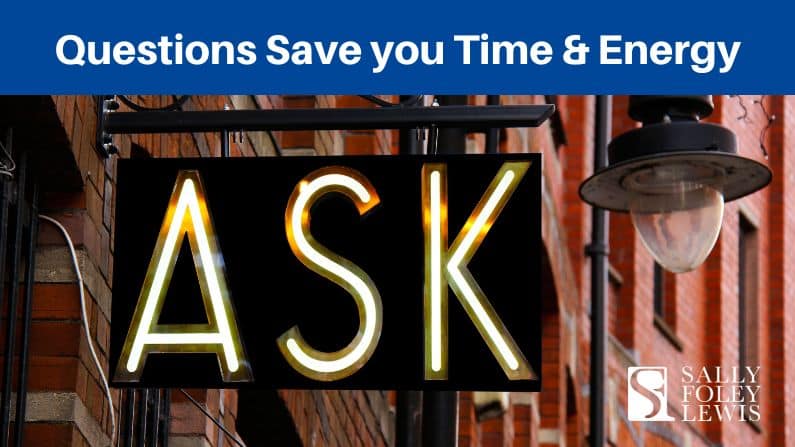 As a manager, the pressure to have all the answers looms large.

It’s either a pressure driven by time – it’s just easier to give the answer and move the issue along quicker.

Or, it’s pressure driven by responsibility – being in a position of authority and leadership means needing to have the answer.

This pressure shows up quite strongly in feedback and performance conversations. Diving straight into telling the feedback receiver what is wrong and telling how to fix it.

As an alternative that will release some of that pressure, and will save time and energy, start with a question.

Starting the feedback conversation asking the receiver how they think / believe the task went or what they think of the issue / situation will give you more accurate information upon which to build the conversation so you don’t have to guess what needs to be said.

For example, when asking the receiver how they think the project went, if they say it went brilliantly and they did a great job and can’t say a bad thing about it … if that’s true, then great, you can add your praise. If it’s not exactly the case, then you now know they don’t realise what has not been up to standard or what has gone wrong. you can address that specifically.

As another example, if asking the receiver what their take is on the situation and they say they were really worried, concerned, not happy with progress or the outcome, then you can ask for more information. You can probe for details so that you both can work on what needs addressing. Let’s take this further, imagine they say they are not happy because they didn’t get any training, then you don’t need to go down any lengthy feedback conversation, you simply need to work out how to get them the training and what needs to happen with the work next.

Both situations – unaware of issues or very aware of issued – when you ask you create the space for having the right feedback conversation.

You’ve got this! Let me know what you think.