“Leave it with me” is unproductive and unhelpful 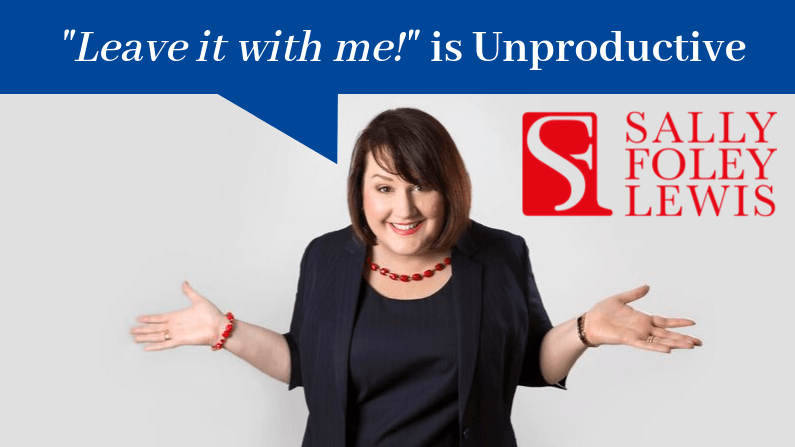 Mark left Luke’s office confused and annoyed because of one simple, well intended sentence! Mark’s progress on a job had just come to a grounding halt.

As soon as Mark walked into Luke’s office, Luke’s stress levels rose. Luke was in the midst of sorting out an issue his boss had given him to resolve, and so handling any questions from his team right at the moment was a distraction he didn’t want or need. As a means to acknowledge Mark’s needs and to move the interaction on quickly, Luke said,

This sentence can create stress and cause procrastination because it stops progress. In workshops with Managers we explore what drives them to say “leave it with me”, their reasons include:

What’s interesting is that the same manager’s noted how frustrating it is when their bosses say the same thing to them. It’s easy to fall into the trap of saying it when others are also saying it.

Leave it with me may be exactly what you mean however it’s a line that quickly becomes a throw-away line when there’s no follow-up. Therefore leave it with me gets interpretated to mean something different. Here are some examples of what people have shared with me:

A bit harsh however these responses are what happens when leave it with me doesn’t have any follow up, answer, decision.

In the table are some ideas you could try as a means to improving this productivity killer: 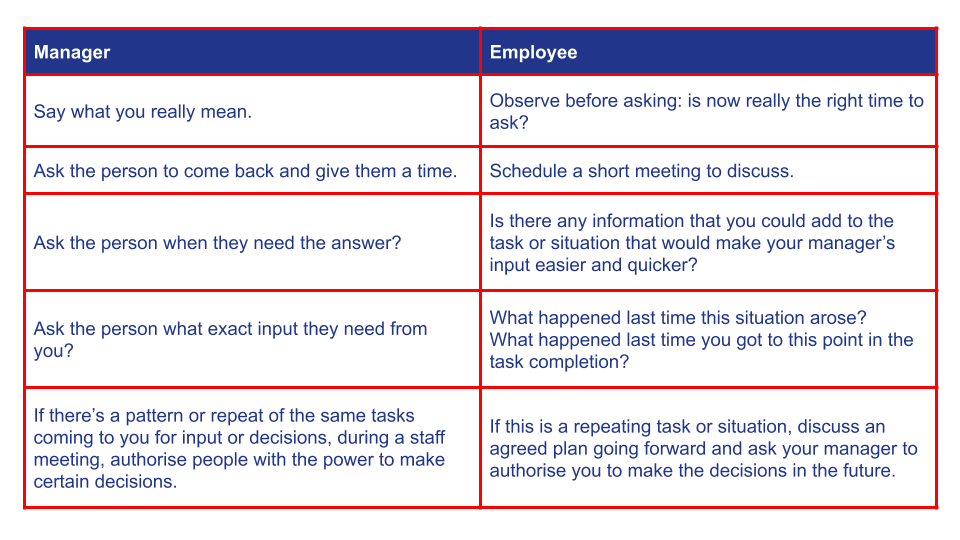 The biggest communication problem is that we don’t listen to understand.

We listen to reply.

With so much going on it’s so easy to say “leave it with me” as a response to a request because their urgent (from their perspective) is not your important current priority.

Be mindful of how you respond, the words you use in the heat of the moment.

You can say what you really mean, such as,

“I need to think about it and right now I’ve got to get something else done.”

“Please come back in 30 minutes and we’ll make a solid decision then.”

Following up is the essential success factor when you say “leave it with me”. Without follow up you send the message that the task or situation is of low value, even if you know it’s important.

What do you do to make sure you follow up?