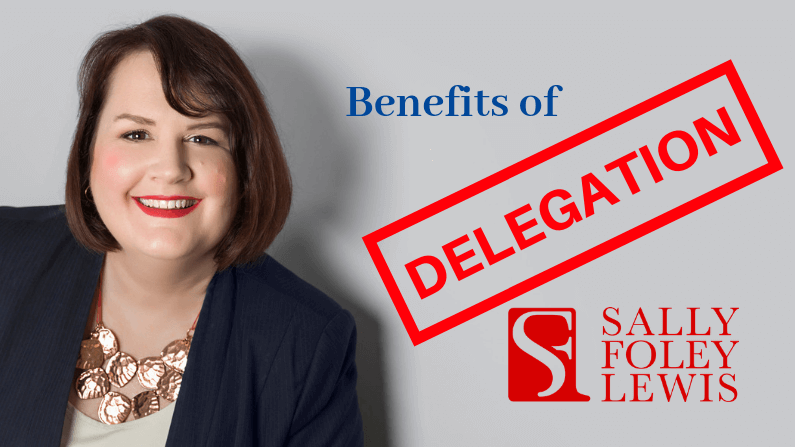 Delegation is a tool for development, delight and de- stress!

When you delegate properly, you can use it as a development tool for your team. It can lighten your workload and reduce stress. It’s all about setting the delegation up for success.

According to a Forbes article by Martin Zwilling (“How To Delegate More Effectively In Your Busi- ness”, 2013), London business school professor John Hunt found that only 30% of managers think they can delegate well, and of those, only one in three is considered a good delegator by his or her staff. This means approximately one manager in ten knows how to empower staff through delegation.

Letting go and allowing your team members or em- ployees to take on tasks and projects can be scary.

Do any of the following statements sound familiar to you?

If yes, then know you are not alone. And know that if you keep using these excuses, you won’t save time, develop others or reduce your stress levels.

Often, the root of these excuses is the manager’s fear of failure. The consequences may also be high if the delegation doesn’t work. Another common fear is that the employee is more skilled at the task or project than the manager, which leaves the manager feel- ing threatened. They become anxious about their job, credibility and reputation. Underlying these problems and fears is not having the right preparation and structure to delegate.

Delegation is like a remote control. Modern remotes have many buttons, but only a few buttons get used daily. This means the remote has untapped potential and value. Delegation is the same: when you successfully delegate, you give and receive far more value than you may initially realise.

Delegation provides advantages for you, your team or department and the organisation. These include:

Be assured that when you do delegate, and when you do it successfully, you will have more time to do the higher-level work that is expected of your position. So often I hear, “But people might think that I’ll be doing nothing.” You will still have plenty of work to do, but it will be the right work for your role. You will be achieving more because, in addition to implementing the other strategies relevant for your role, delegating creates more productive people, which allows you to be more productive.

When Not to Delegate: